UNICEF reports that over 40% of girls in Africa marry before the age of 18 years and schooling is often cut short due to marriage.

One of the reasons for this early age of marriage is that the earlier girls marry, the less burden they are to their families. Extreme poverty reinforces cultural expectations that girls should work in the home and marry quickly rather than attend school.

Tradition dictates that women should be in the home and men should have exclusive property rights, including the right to view their wives as chattels. These traditions are most problematic in Islamic countries where elements of Sharia law govern the behaviour of women and make rape convictions nearly impossible.

Malawi has recently passed a law stating that 18 years is the legal age for marriage. In some areas of the country, early marriages are being annulled and children are being sent back to school.

In developing countries, the state of maternal health care is often primitive, and in many rural areas is non-existent. 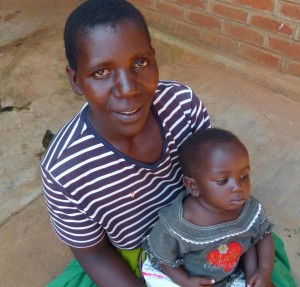 If one’s birth has not been registered, one has essentially no identity which prohibits access to economic and social opportunities.

Women must have access to reproductive services as part of the empowerment focus. They need to have the right to decide the number and spacing of their children and require access to information, education and the means by which they can exercise these rights.

Abhorrent practices of sex-selection abortion and female infanticide are still occurring in China and India.

In 1994, the International Conference on Population and Development boosted the goal which was known as the Cairo Accord by endorsing universal access to reproductive health by 2015. The number of children per family has dropped from 6.0 to 2.6.

Goals are important to set and they can make a difference!

Safe motherhood is also seen as a right but unfortunately there has not been much progress made to improve maternal outcomes. Maternal mortality rates have barely changed.

It is a global injustice that half a million women die each year as a result of pregnancy and more than 60,000 through abortion.

According to the authors of Half the Sky (Nicholas Kristof & Sheryl Wu Dunn), there is one maternal death every minute!

In rural areas particularly, women and infants frequently die from obstructed labour and other complications because there are no trained midwives or medical personnel available.

Horrible fistulas develop when delicate vaginal tissue is destroyed due to difficult births. These fistulas often leave women incontinent of urine or feces. As a result of the foul odour and this incontinence, they are often driven from their villages and disowned by husbands and families.

There are now hospitals dedicated to repairing this unnecessary travesty, as well as communes where the women can live and work together without shame.

The tradition of genital mutilation or genital cutting is another issue which can impede a healthy pregnancy and birth experience and can be a contributing factor in the development of fistulas.

Mothers with HIV/AIDS are at high risk without anti-retro-viral drugs and good nutrition putting both their survival and that of the babies they carry at risk.

There is much that could be done if only the public outcry was loud enough and the collective political will powerful enough to act on behalf of these women.